This memoir is full of stories that bring two sisters, Jenna Bush Hager and Barbara Pierce Bush into a much clearer vision of who they are as people and who their parents and grandparents are as well.  Jenna and Barbara both watched their grandfather become President of the United States and then their father become President twelve years later.  We tend to label politicians and their families in a certain way, depending in large part on how the media has portrayed them.  As the book reveals, there is so much more to these girls and the strong family behind them.  It is written a chapter at a time, alternating Jenna as an author and then Barbara.  I especially enjoyed the Audible version from Amazon because each of the Bush daughters narrates the sections she wrote.  The words resonate in my head much more vividly, I believe, than they would, had I just read it to myself. 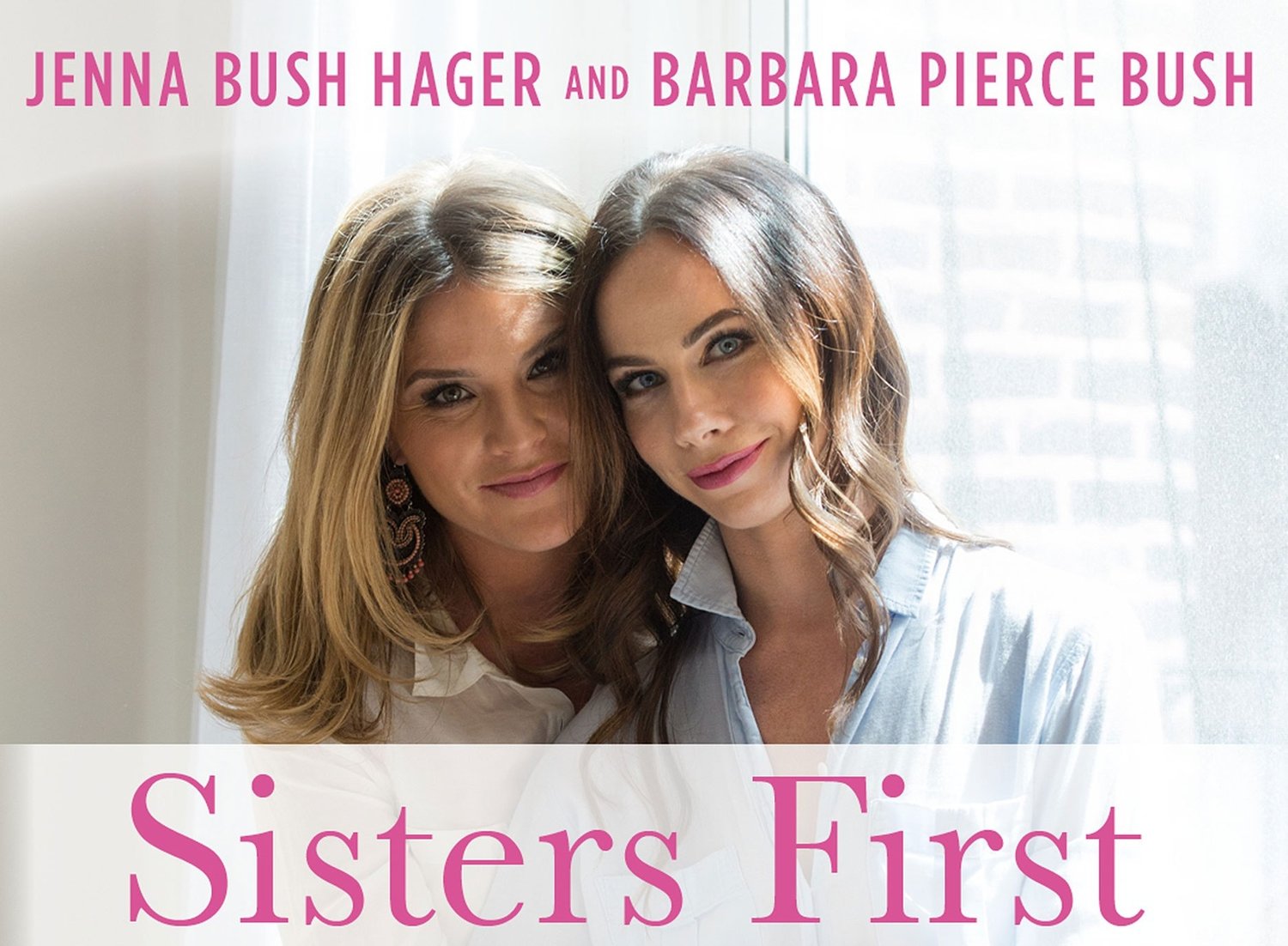 1.    IT MADE ME LAUGH.  Did you know Jenna’s husband had to pick her up for their first date from the White House – just as the President was landing on the lawn in Marine One, the presidential helicopter?  Yes, there was the usual firetruck, ambulance and all kinds of security as in a parade of sorts, all a grand pre-cursor to the Henry picking up his date.  Unfortunately, this young guy who worked on her dad’s campaign, had parked on the very spot the helicopter was to land, so he was literally made to sprint to move his car with Jenna running alongside.  They hopped in and drove off just as the whir of helicopter blades was above them.

2.    IT IS ABOUT FAMILY HERITAGE. It is fascinating to discover that each twin daughter is named after a grandmother; Jenna, named for their mother’s mother and Barbara, named for their father’s mother.  In turn, Jenna has named her daughter, Poppy after their grandfather, George Bush, who was called Poppy as a boy and young man.  There is a story about how “Poppy” stood up for a young school mate who was being bullied at his boarding school.  When Jenna’s first baby was born, she and her husband thought Poppy would be a good name so that their daughter might grow up to be a person who would stand up for others and what is right.  Their next daughter, Margaret Laura (called “Mila,”) was named after her two grandmothers, just as Jenna and Barbara were. 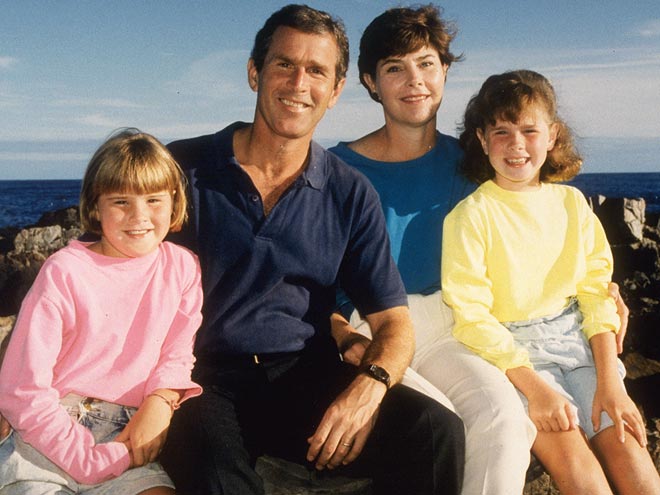 3.    IT MADE ME CRY.  Jenna gives a wonderful tribute to her maternal grandfather, known as “Pa,” from Lubbock, Texas, whose memory left him shortly after they she and her sister turned 12.  She goes into beautifully descriptive narratives about special times with him and then losing him little by little and the great changes and sadness the entire family experienced.

4.    THEY WERE LIKE ELOISE IN THE PALACE HOTEL.  I loved hearing about how the sisters as young children would slide down the bannister in the back stairway at the White House and how they were reprimanded by their grandmother (who was First Lady at the time) when they ordered peanut butter sandwiches from the bowling alley phone.   She informed the girls they were not in a hotel, but rather, guests in an historic home and were never to do that again. 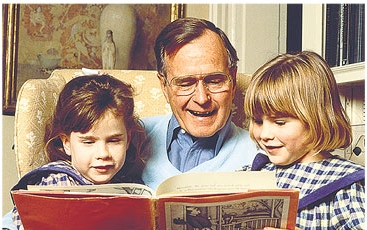 5.    WE SEE GEORGE W. BUSH AS A CARING DAD.  Barbara, who has never married, describes going through a very difficult breakup in her early thirties, after which her dad would call or text her daily to check in and tell her he loved her.  He told her that while her heart hurt then, it would not always be that way.  What is even better is that he has never stopped texting.  Now, each night, Barbara reads a Christian devotional that her dad reads the following morning.  Every morning at 6:30 a.m. New York time, she wakes up to his text of a scripture from the devotion with emojies included.  She returns the text with another scripture.

6.    WE LEARN LITTLE KNOWN FACTS ABOUT THE FIRST FAMILY.  Something I didn’t know was that the twins’ grandparents, Barbara and George Bush lost a three-year-old daughter, Robin, to leukemia.  Of course Robin’s memory has never left the hearts of the family members.  And although Barbara is known for her strength of character and impulsive sense of humor, she has a soft side.  She has needlepointed a Christmas stocking for everyone in her family and now has a “stocking reserve” for all the great grandchildren who will be  born after she is gone. 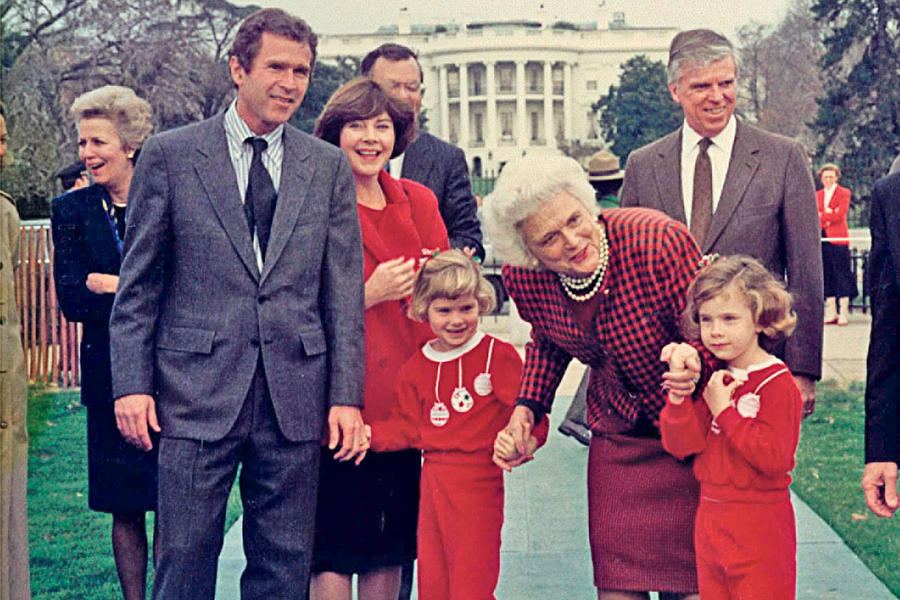 7.    WE SEE THE RESPONSIBILITY THEY HAVE INHERITED.  “To whom much has been given, much is expected,” a saying George W. Bush, our 43rd president has always told his daughters.  Jenna and Barbara have lived a privileged life and have written a thoughtful book about what they have learned along the way, most of all, that each makes the other feel that she is enough.  Barbara, who used to think there was nothing outside of Midland, Texas, has gone on to co-found and head up Global Health Corps, an organization whose mission is to build health equity, where her office is halfway across the world in Africa.   And Jenna is a correspondent on the Today Show, interviewing people who make a difference in the world today regarding many topics including education and women’s issues. 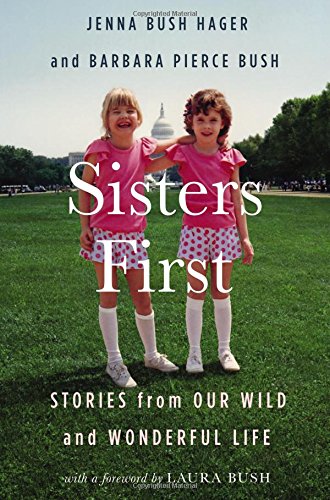 There are too many interesting and funny stories about the twins growing up in the Texas Governor’s Mansion and then later in the White House to discuss here.  There are also poignant memories of what it was like to be in the First Family during 9-11 and a first hand account of the most difficult times in the presidencies of George W. Bush and his father.  Through it all, Jenna and Barbara, wish there had been an instruction book for children who live in the White House.  It is such an extraordinary situation for any family, and this book is probably the closest thing to it.  They have said that they see the book as letters to each other but truly we all get a better picture of the life of a First Family and certainly how these two sisters were there for each other from the beginning.   I highly recommend this book not only for the range of emotions it evokes but for the sheer fun of reading a behind-the-scenes account of what it's like to be children and grandchildren of a U.S. President.  Great holiday gift idea!!!