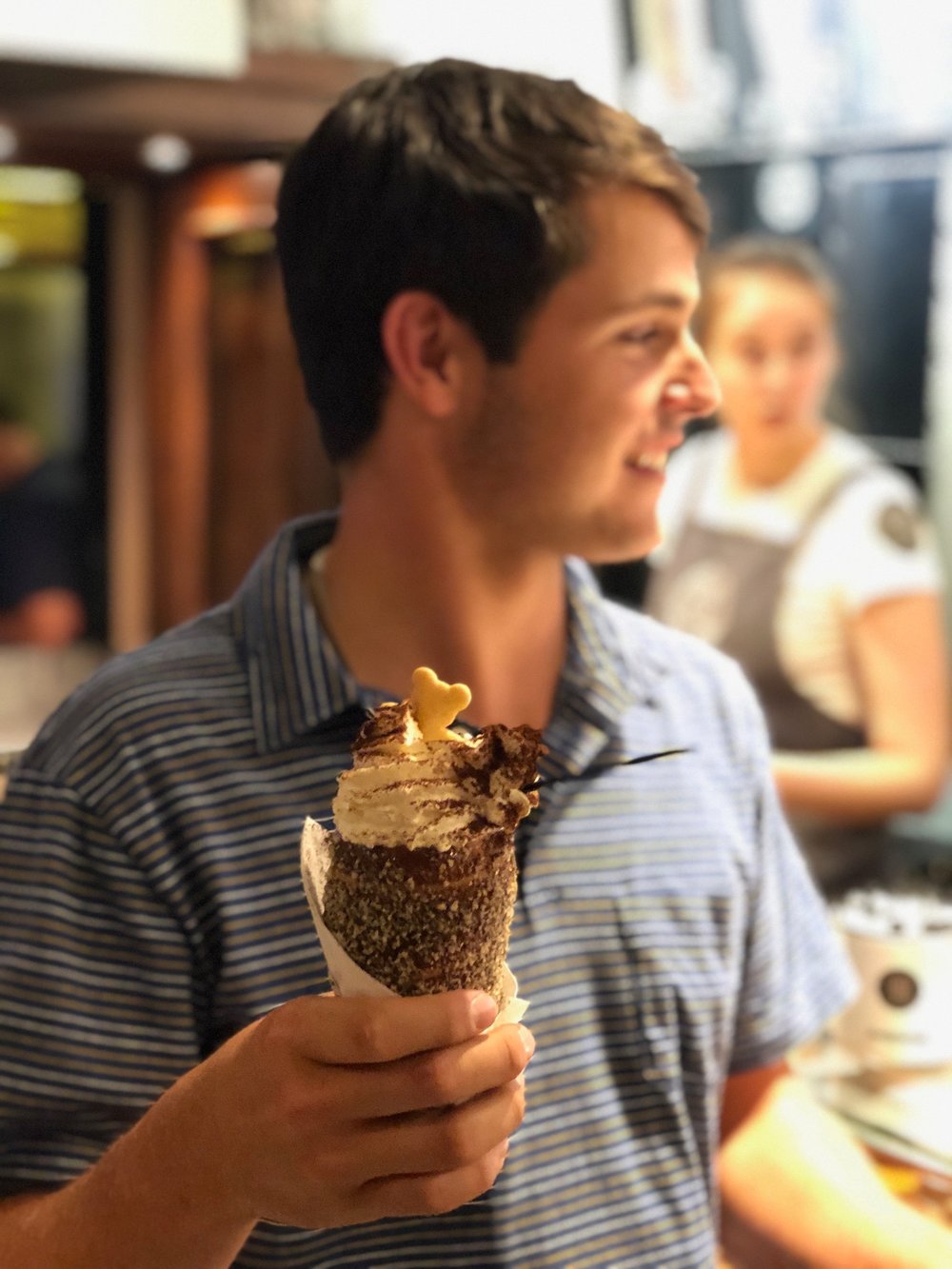 It didn’t take long for our family to find the ice cream in Prague - like within a couple of hours after we got there.  We love ice cream and can sniff it out anywhere.  But much to our delight, the Prague way of eating ice cream involves doughnuts as well!

It’s a proven fact that ice cream has a biological effect of causing happiness to the person eating it.  So if it’s wrapped in a doughnut cone, does that cause twice the happiness?  I would say, “Most definitely, YES!”

A 200-year-old recipe from the Czech Republic, these cinnamon pastries in the shape of a tube are called, “trdelniks,” pronounced kind of like “turtle necks.”  They taste like a combination of a doughnut and cinnamon roll, with cinnamon and sugar carmelized on the outside producing a bit a crunch.  Sometimes nuts are added to the outside as well.   And the filling is some of the best ice cream our family has ever tasted.

I think my favorite is just a plain trdelnik with the delicious vanilla ice cream from Prague where you can actually see the specs of vanilla bean, but these “cones” can be dressed up with tirimisu ingredients or Nutella or drizzled chocolate, to name a few. 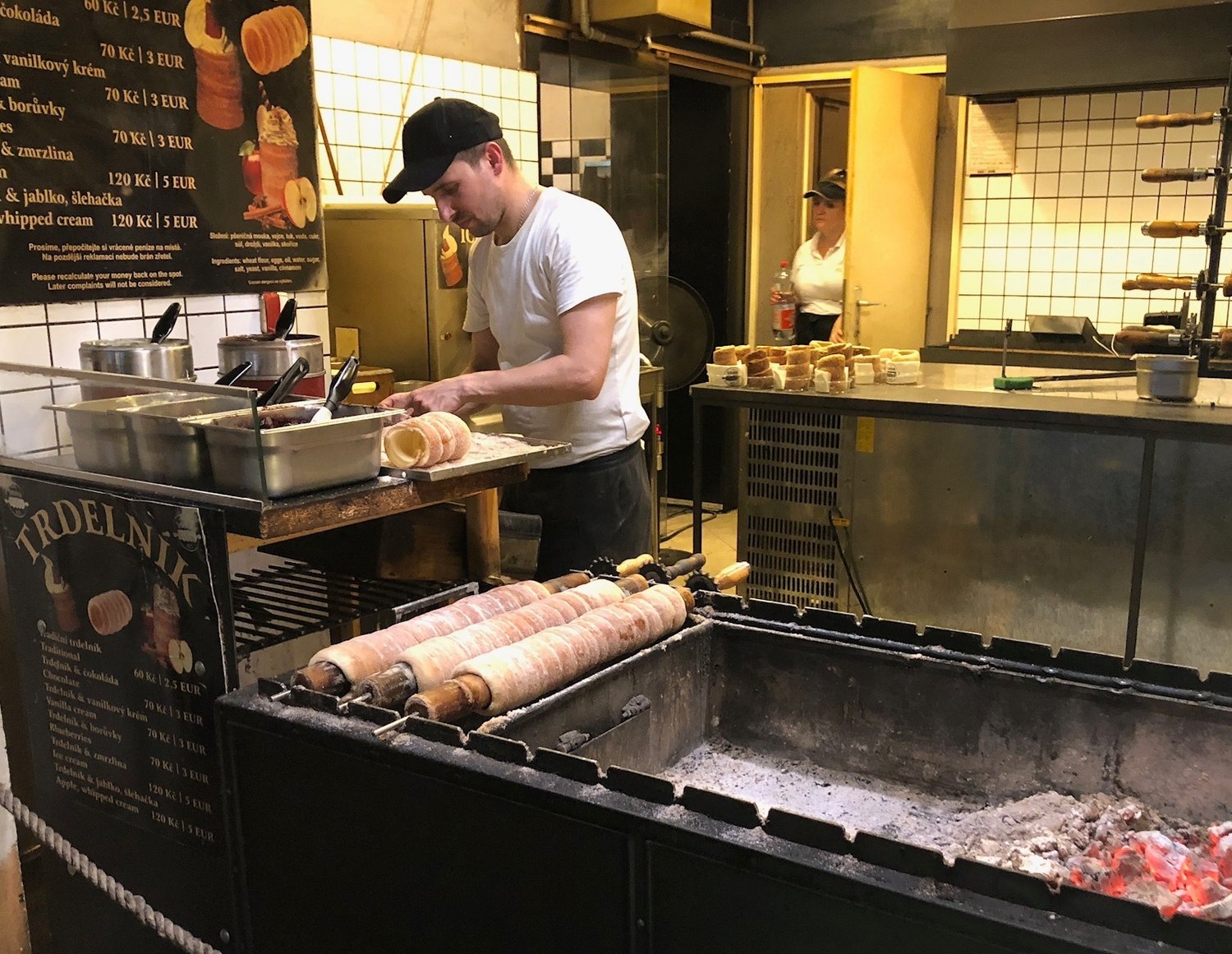 Our family's first experience with trdelniks was our first night in Prague.  We came to visit our daughter, who had been living there for two months and working in an art gallery for a college internship.  After dinner, we were wandering the cobble stone streets and came across this wonderful baked goods smell.  We saw the ice cream sign and the huge tubular pastry hanging from the store front, and we had to stop.  Chloie explained this was a huge tradition in Prague and a favorite dessert for anyone visiting.

Local baker, Vladimir Novak, says his bakery, Good Food Cafe, was the first to start filling trdelniks with ice cream.  Visitors and natives went wild!  This unique dessert has gone viral on the internet although you can only get it in Prague. 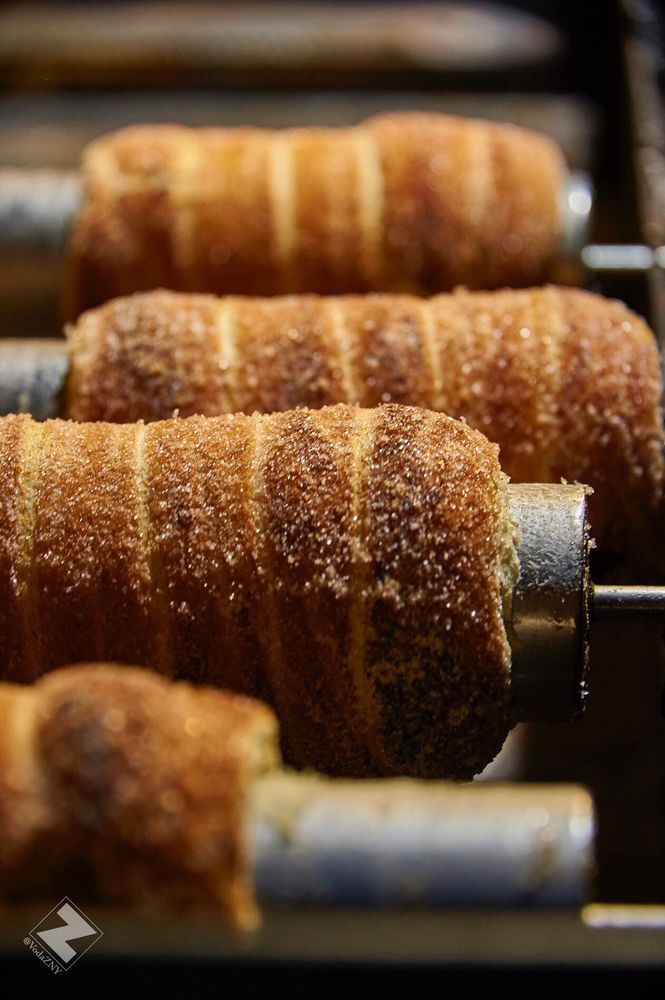 It’s a good thing we were only in this city for two days, because the heavenly smell draws you in as you walk along the streets and there are trdelnik shops everywhere!  My sons were especially fond of them and enjoyed them both days we were there.

For one son, the cinnamon sugar is really his favorite part of the dessert.  In the United States, he feels that there are not many desserts that combine those flavors with ice cream and certainly not in the form of a pastry cone. 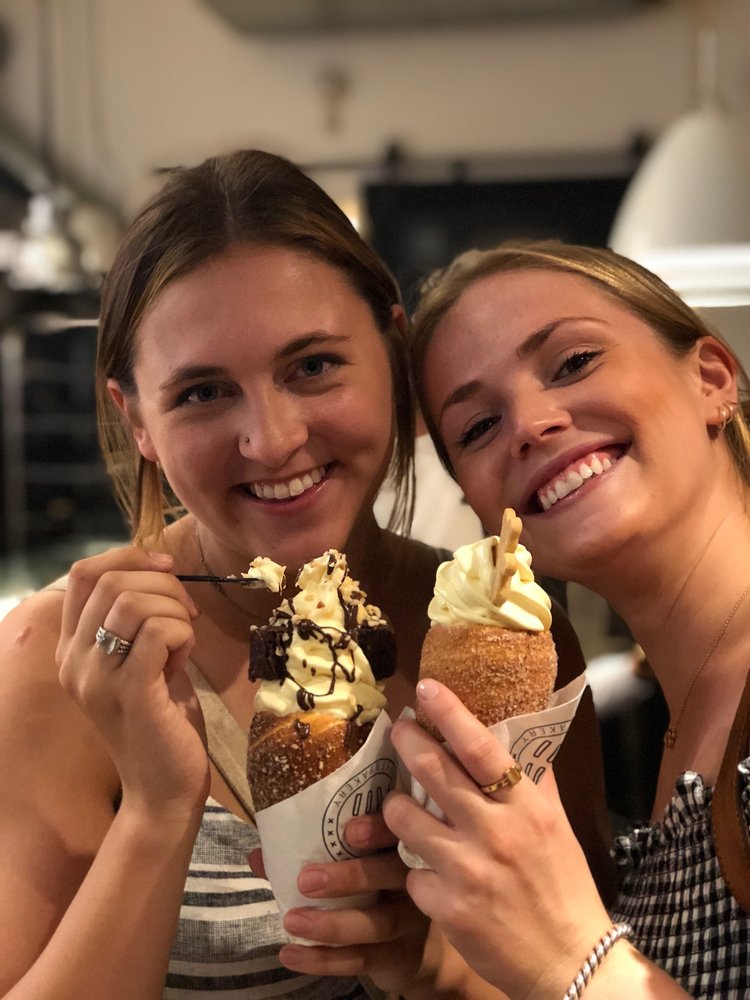 My daughter, Chloie (right) and her friend , Annie (left), who spent the summer in Prague and introduced us to trdelnicks while we were visiting!

I think you could sell these around the world they are so good.  But they are special to Prague and the city is that much more special because of them.  You can find them on Instagram, but you will need to travel to Czech Republic to taste them.  Prague is worth the trip with its old world charm, cobblestone streets, rich culture and beautifully preserved European architecture, and enjoying a trdelnik while taking in the experience is truly the icing on the cake!  Or shall we say, the doughnut?!